Because they are all ultimately funded via both direct and indirect theft [taxes], and counterfeiting [central bank monopolies], all governments are essentially, at their very cores, 100% corrupt  criminal scams which cannot be "reformed","improved", nor "limited" in scope, simply because of their innate criminal nature."   onebornfree

"Government  is a disease masquerading as its own cure"  Robert LeFevere 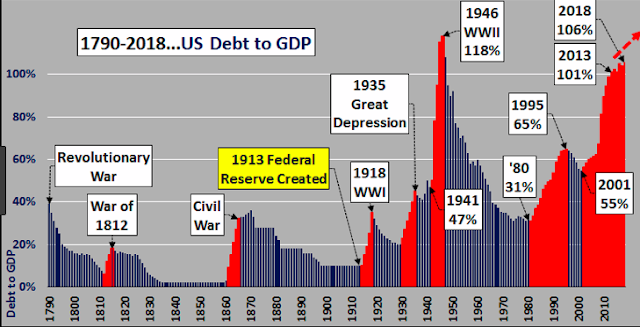 "......Based on our best estimates of defense, non-defense, entitlements and interest outlays after Trump’s “guns and butter” surrender on the debt ceiling two weeks ago, FY 2020 outlays in the same constant dollars (2019) of purchasing power will total $4.780 trillion.

That’s a 12% gain from Obama’s elephantine budget, and amounts to growth of $185 billion per year.Then again, as they would have said on late night TV: Nobody had seen nothing yet… until the Donald came along.

Based on our best estimates of defense, non-defense, entitlements and interest outlays after Trump’s “guns and butter” surrender on the debt ceiling two weeks ago, FY 2020 outlays in the same constant dollars (2019) of purchasing power will total $4.780 trillion. 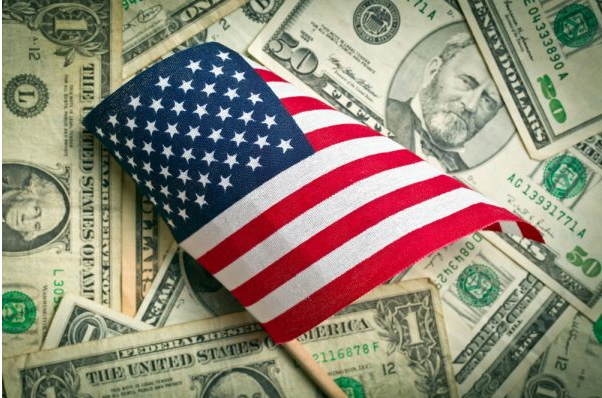 "No one can consistently and accurately predict "big picture" future economic events and scenarios. No investment advisor, no money manager, no economist, no politician, no fortune teller- not even you :-) [although any one of these, including yourself, might get it right on occasion, purely by chance]. 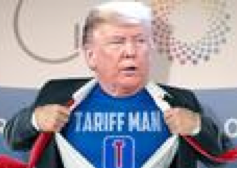 ".....There are a few pretend dissenters in the mainstream media, and even some in the alternative media, who talk out of both sides of their mouths about this issue. While some claim to expose the brutality of these economic sanctions, they in many cases give cover to the narrative by using the excuse that these sanctions are not effective in bringing about regime change. If they were effective in causing regime change, would that then make this strategy moral or right? How can an aggressive act of war like that of forcing sanctions on an entire country or region, ever be warranted because it might affect regime change?

Many of these so-called defenders of human rights also claim that even though sanctions are levied with “good intentions,” the results are not positive. How can deliberately starving entire populations, depriving them of medical care, destroying their means of economic survival, and generally decimating their lives, have ever been considered a good intention?....":

U.S. Sanctions are Meant to Cause Deliberate Human Suffering 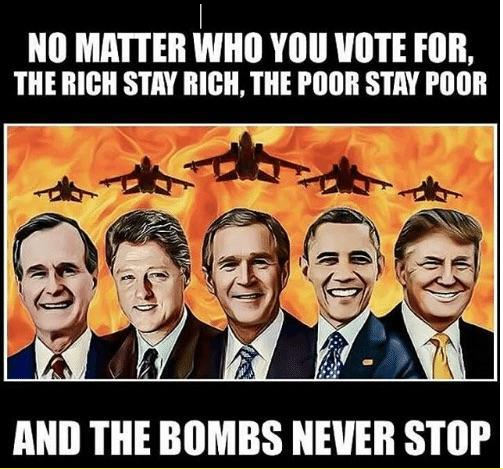 "One of the great and most persistent errors of classical liberals is to believe in "good government," a government that does "what it is supposed to do."

There is nothing the state can do, and which society needs done, that cannot be done far better by the market. Another point that is just as telling: no state empowered to do what is supposedly necessary will restrain itself to those things. It will expand as much as public opinion will tolerate.

Sometimes the point is easier to see when looking at foreign governments, such as the tragic case of China. The government is embarking on an explosive venture to dump $586 billion into "infrastructure" over two years. The reason is the classic Keynesian excuse: the spending is needed to stimulate investment. Never mind that this trick has never worked in all of human history. This is instead a grand plan to loot the private sector on behalf of the Communist Party, which will then spend the money bolstering its power........":

The Myth of Good Government 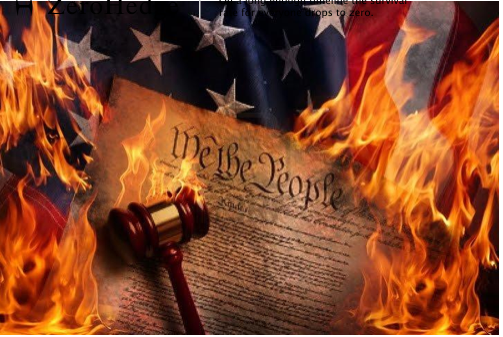 "...The practice of double-prosecution was born during alcohol prohibition. Section 2 of the Eighteenth Amendment states that Congress and the States have “concurrent power to enforce” prohibition. There is no reason to believe that this clause was intended to override the Fifth Amendment protection against double jeopardy, but that’s how it was ultimately interpreted by the Supreme Court......................The original idea of separate sovereignties was intended to limit the legislative authority of the federal government. Instead, the Supreme Court has transformed it into a doctrine that allows all levels of government to share in the oppression of the citizenry."

Bring Back the Constitution's Prohibiton of Double Jeopardy 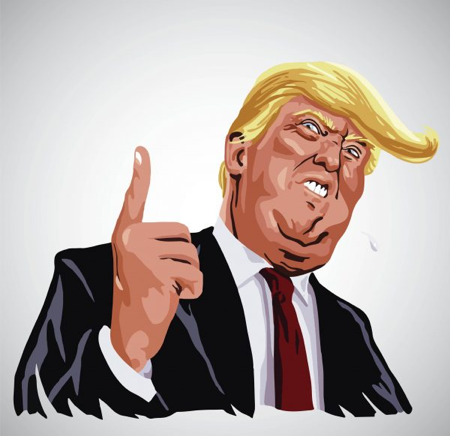 "..... What generates war is the economic philosophy almost universally espoused today by governments and political parties. As this philosophy sees it, there prevail within the unhampered market economy irreconcilable conflicts between the interests of various nations. Free trade harms a nation; it brings about impoverishment. It is the duty of government to prevent the evils of free trade by trade barriers. We may, for the sake of argument, disregard the fact that protectionism also hurts the interests of the nations which resort to it. But there can be no doubt that protectionism aims at damaging the interests of foreign peoples and really does damage them. It is an illusion to assume that those injured will tolerate other nations' protectionism if they believe that they are strong enough to brush it away by the use of arms. The philosophy of protectionism is a philosophy of war. The wars of our age are not at variance with popular economic doctrines; they are, on the contrary, the inescapable result of a consistent application of these doctrines......Almost all nations are fighting against the specter of an unfavorable balance of trade. They do not want to cooperate; they want to protect themselves against the alleged dangers of cooperation.":

Economic Nationalism Is a Philosophy of War

"...There was a time when video evidence was the ultimate touchstone benchmark of truth when trying to prove something happened, but those days are long gone as today’s Deepfake tech capabilities are making it nearly impossible to distinguish what’s real from what isn’t.

In this video, Dan Dicks of Press For Truth tackles the conundrum that is Deepfakes videos, how they can manipulate politics, manipulate popular opinion and even manipulate court case outcomes, but more importantly what you can do about it to ensure that you can always tell fact from fiction....":

Will Friends of Epstein Claim “DEEPFAKE” If Video Evidence of Sexual Activity Emerges?

https://www.youtube.com/watch?v=x9-40CcWr4M
Youtube music channel
Onebornfree is also a: Personal Freedom and Natural Health Consultant
and a Financial Safety Consultant
*********************************************************
"The fact is that the average man's love of liberty is nine-tenths imaginary, exactly like his love of sense, justice and truth. He is not actually happy when free; he is uncomfortable, a bit alarmed, and intolerably lonely. Liberty is not a thing for the great masses of men. It is the exclusive possession of a small and disreputable minority, like knowledge, courage and honor. It takes a special sort of man to understand and enjoy liberty — and he is usually an outlaw in democratic societies." H.L. Mencken

Posted by Onebornfree at 5:17 AM No comments: