"Every Television Newscast Is a Staged Event "-Jon Rappoport

[From onebornfree & the Freedom Network: ladies and gentlemen, this great article from Jon Rapport illustrates exactly why you should always be extremely skeptical of EVERYTHING  you hear/watch on the news these days - and I mean EVERYTHING! :-) ]

Focus on the network evening news. This is where the staging is done well. 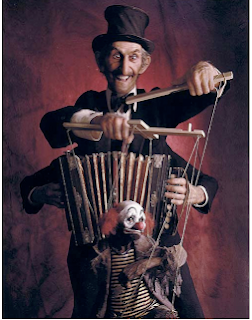 May 10, 2013
Jon Rappoport runs No More Fake News. The author of an explosive collection, The Matrix Revealed, Jon was a candidate for a US Congressional seat in the 29th District of California. Nominated for a Pulitzer Prize, he has worked as an investigative reporter for 30 years, writing articles on politics, medicine, and health for CBS Healthwatch, LA Weekly, Spin Magazine, Stern, and other newspapers and magazines in the US and Europe.
Copyright © 2013 Jon Rappoport

Posted by Onebornfree at 6:38 AM No comments:

50 Ways To Starve the Beast

[ Direct Actions Will Make You Freer! : I started The Freedom Network mainly for 2 reasons [1]: to meet new people who believed in personal freedom, and [2] : to help people to gain control of their own lives by showing them how to  take direct actions which do not involve having to change even one other persons point of view about _anything_, and to try to show them the error of relying on indirect actions, such as "waking people up", "changing the world for the better" or similar. Both of those phrases represent a point of view and a reliance on changing others points of view[ a very risky proposition], and the proselytizer/changer cannot ever achieve happiness until he/she has achieved their objective of changing the world and the people in it and/or "waking them all up" to whatever it is he/she feels they all need to be be "woken up" to .   The reality is that we all have enormous control over our own lives and choices {via direct actions} - on the other hand we have virtually no control over the choices/ thought processes/ beliefs of others { and only via indirect action}.  In this article, Daisy Luther of "The Organic Prepper" lists more than 50 direct actions that you can take to help "starve the beast" .  Regards, oneborfree and  The Freedom Network  .]

A term coined in 1985 by an unnamed staffer of the Reagan administration was “Starve the Beast”. This referred to a fiscally conservative political strategy to cut government spending by paying less in taxes. So, in the original sense, “the Beast” was the government, and people were to starve the beast by spending less and using loopholes, therefore paying less in taxes.

These days the Beast has a lot more tentacles than just the government. The system now consists of the government and all aspects of Big Business. Big Agri, Big Pharma, Big Medicine, Big Food, Big Banking and Big Oil, to name a few. It seems that now it’s the Beast doing the starving, as small businesses close because they can’t compete with Wal-Mart, the family farm is on it’s way out because it can’t compete with the huge, subsidized Monsanto mega-farms, people are going bankrupt because they can’t pay the outrageous medical bills…

Perhaps it’s time for another financial revolution – one where people group together and use the power of the boycott to starve all the arms of this Beast that would swallow us whole. If we vote with our dollars, eventually there will, of a necessity, be a paradigm shift that returns us to simpler days, when families that were willing to work hard could make a living without selling their souls to the corporate monoliths.

Everything that you buy secondhand or barter for is an item on which you won’t pay sales tax. Disassociate yourself completely with “the system” that is making Western civilization broke, overweight and unhealthy. Starve the Beast by taking as many of these steps as possible…

1. Grow your own food (this starves Big Agri and Big Pharma both)

2. Shop at local businesses with no corporate ties

3. Use natural remedies instead of pharmaceuticals whenever possible

5. Walk or bike instead of driving when possible

6. Get care from naturopaths and healers instead of doctors

7. Make paper logs from scraps for free heat if you have a wood-burning fireplace or stove

10. Cut up your credit cards, except one for emergencies only. Use cash

11. Give vouchers as gifts for an evening of babysitting, a homemade meal, walking the dog, doing a repair, or cleaning

13. Ditch television (and all the propaganda and commercials)

14. Participate in the barter system – if no money changes hands, no tax can be added

16. Sell your unwanted goods by having a yard sale or putting an ad on Craigslist

17. Repair things instead of replacing them

19. Dine at locally owned establishments if you eat out

20. Brew your own beer and wine

22. Dine at locally owned establishments if you eat out

23. Brew your own beer and wine

31. Invite someone over for dinner instead of meeting at a
restaurant


32. Throw creative birthday parties at home for your kids instead of renting a venue

33. Camp instead of staying at a hotel

34. Bring your coffee with you in a travel mug

35. Do all of your Christmas shopping with small local businesses and artisans

37. Drop the thermostat and put on a sweater

38. Bring your snacks and drinks in a cooler when you go on a road trip

40. Pack lunches for work and school

41. Use precious metals stored at home as your savings account

42. Close your bank account or at the very least, strictly limit your balance

43. Visit u-pick berry patches and orchards, then preserve your harvest for the winter

44. Use precious metals stored at home as your savings account

45. Raise backyard chickens for your own eggs

46. If you are a smoker, roll your own cigarettes – if possible go one step further and grow tobacco

48. Use solar power for lighting or cooking

49. Collect rainwater for use in the garden

52. At the holidays, focus on activities and traditions instead of gifts. Go for a walk or drive through the neighborhood to look at lights, get into your PJs and watch a special movie together on Christmas Eve and make certain treats that can always be expected


How do you Starve the Beast? Please share your suggestions…

Posted by Onebornfree at 11:12 AM No comments: