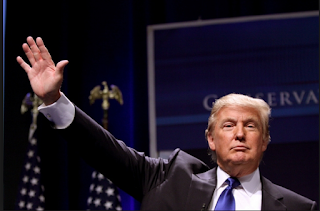 [Who is "?" above?Insert  any image you choose- Obama, Bush 1 or 2, Clinton, Reagan,Kennedy, Washington, Jefferson, Adams or your own, perhaps ?]


[Obf sez: as a personal freedom consultant and problem solver , one of the biggest and most dangerous belief hurdles/barriers that I frequently come across when talking with both clients, and others, and one that I believe that any truly freedom-seeking individual has to eventually see through, {or somehow jump over}, is the individuals almost unshakeable belief/assumptions for the necessity of, and the integrity of , the institution known as government.

In truth, their greatest enemy is, in fact, the government under which they live , as is/are the multitudes of paid for intellectual mouthpieces/sycophants who serve as its constant cheerleader within the almost entirely goverment-controlled and licensed media outlets of every type, everywhere.

Which brings me to the hilarious spectacle of the current 2016 US presidential election cycle.

A major psychological reason as to why individuals actually believe in any of the current crop of US presidential wannabe's, and indeed, the entire political process, year after year, after year, is something that the great Harry Browne has called "The Dictator Syndrome" , which basically boils down to a series of false assumptions about the way governments actually work in the real world.

The sad fact is that each and every one of the candidates for the US presidency suffer from this syndrome, as do all of their millions and millions of supporters/believers/sycophants.

I'll let Harry explain it, below.

N.B. If you do not understand or believe his short, clear summary of how the real-world political process actually works as laid out below, perhaps we need to talk, for, make no mistake, this is a very important issue- you can never hope to be truly free until you remove this particularly delusional and self-damaging belief from your personal belief system. I can be reached at : onebornfreeatyahoodotcom

Harry Browne: "If You Were King (The Dictator Syndrome)"

"Government grows also because well-meaning people like you and me believe it should do certain things that seem beyond controversy -- find a cure for cancer, stop air pollution, keep violence off television, hold back an aggressor in the Middle East -- something that everyone seems to agree should be done. Whatever the goal, it's easy to imagine that a single-minded government could achieve it.

I call this The Dictator Syndrome. You see suffering or danger, and in your imagination you see a government program eliminating it. But in the real world the program would operate as you expect only if you were an absolute dictator -- having at your disposal all of government's power to compel everyone to do things your way."

Running the Gauntlet of Political Action

"Just for a moment, think about something you wish the government would do and that nearly everyone would like to see happen -- provide swifter and surer punishment for criminals, teach children right and wrong, furnish health care to those who don't have it, bring peace to Bosnia, or whatever. Imagine a goal so important that it seems to justify using government's power to coerce.

And now, consider what will actually happen to your program.

To get it enacted you'll need political allies, since alone you have only limited influence. But other people will support your plan and work for it only if you modify it in dozens of ways that further their goals and satisfy their opinions.

Suppose you make the necessary compromises and amass enough support to pressure the politicians to vote for your revised program. Who will write the actual law? You? Of course not. It will be written by the same legislators and aides who created all the laws, programs, and problems you object to now. Each of them will compromise your program still further to satisfy his political supporters.

And if the law passes, who will administer it? You? Of course not. It will be implemented by bureaucrats -- many of whom will use it to pursue goals quite different from what you had in mind. They won't care what your purpose was. It's their law now, and they'll use it to suit their objectives.

And, lastly, the new law probably will generate many disputes -- cases that must be settled in a courtroom. Who will decide those cases? You? Of course not. It will be the same judges who today rule according to their own beliefs, rather than by reference to the written law. A judge may even rule that your law means exactly the opposite of what you had intended.
By the time your program has run this gauntlet, it will be far bigger and far more expensive (in money and disrupted lives) than you had imagined. And it will have been twisted to satisfy many factions. In fact, your program may end up being the opposite of what you had intended.

In any case, you will have provided a new tool by which others can use government for their own ends."


"The Fiscal Fantasies of Stephen Zarlenga and Other Monetary Reformers"

The Rise Of The Anti Establishment Trump -Larken Rose
Posted by Onebornfree at 10:33 AM No comments: