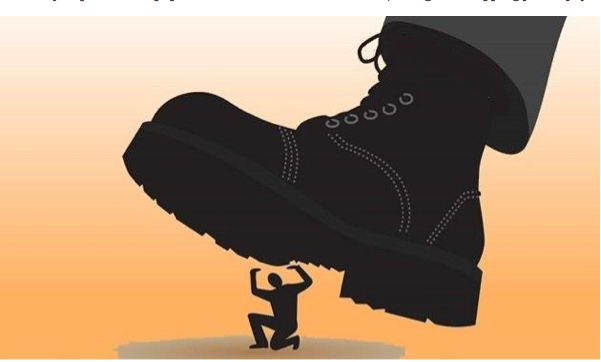 “…nor shall any person be subject for the same offense to be twice put in jeopardy of life or limb…”  –Fifth Amendment to the U.S. Constitution

"How do you persuade a populace to embrace totalitarianism, that goose-stepping form of tyranny in which the government has all of the power and “we the people” have none?

You persuade the people that the menace they face (imaginary or not) is so sinister, so overwhelming, so fearsome that the only way to surmount the danger is by empowering the government to take all necessary steps to quash it, even if that means allowing government jackboots to trample all over the Constitution.

This is how you use the politics of fear to persuade a freedom-loving people to shackle themselves to a dictatorship.

It works the same way every time.

The government’s overblown, extended wars on terrorism, drugs, violence and illegal immigration have been convenient ruses used to terrorized the populace into relinquishing more of their freedoms in exchange for elusive promises of security.

The more things change, the more they stay the same.

Case in point: on June 17, the same day President Trump announced that the government would be making mass arrests in order to round up and forcibly remove millions of illegal immigrants—including families and children—from the country, the U.S. Supreme Court handed down a ruling in Gamble v. United States that placed the sovereignty (i.e., the supreme power or authority) of federal and state governments over that of the citizenry, specifically as it relates to the government’s ability to disregard the Constitution’s Double Jeopardy Clause.......":

The Jackboots Are Coming: Mass Arrests, Power Grabs, & The Politics Of Fear

There is no happy ending here. Earlier this week, the Supreme Court of the United States ruled that the same criminal event can trigger two prosecutions, one by the feds and one by the state; and it can also trigger two punishments........":

Can Government Punish Twice for the Same Crime?

[obf sez: are these even genuine photos? Some of them seem highly suspicious to me. Also, remember that another Sept. 11th is only about 2 months away, so this "accidental discovery" of "never before seen" photos  serves as a handy way to reinforce the lies of 9/11 as "truth" in the "minds eye" of the general public.]

"Recently a massive sash of CDs containing 2,400 photographs from Ground Zero in New York has been found at a house clearance sale has been published online. From the data on the photographs they were taken around October 4, 2001. The photos show smoke still flowing from the rubble of the world World Trade Centre buildings. "

"Last week, the House of Representatives voted in favor of a Labor, Health and Human Services, and Education appropriations bill amendment to repeal the prohibition on the use of federal funds to create a “unique patient identifier.” Unless this prohibition, which I originally sponsored in 1998, is reinstated, the federal government will have the authority to assign every American a medical ID.

This ID will be used to store and track every American’s medical history..................Proponents of the unique patient identifier claim it will improve efficiency. But, in a free society, the government should never endanger privacy or liberty for efficiency. Besides, when has any government intervention in health care ever improved efficiency or increased patients’ or health care providers’ satisfaction with the system?

The unique patient identifier system puts the desires of government bureaucrats and politically powerful special interests ahead of the needs of individual patients and health care providers. ....": 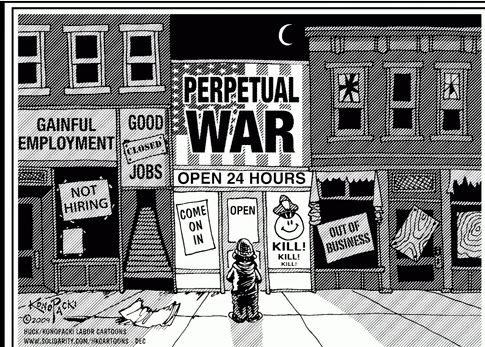 "There is, indeed, nothing in all this world that can match war for popularity. It is, to at least nine people out of ten, the supreme circus of circuses, the show beyond compare, it is Hollywood multiplied by ten thousand. It combines the excitements of a bullfight, a revival, a train wreck, and a lynching. It is a hunt for public enemies with a million Dillingers scattered throughout the woods. It is the dizziest, gaudiest, grandest, damnedest sort of bust that the human mind can imagine." H.L. Mencken:         War Is the Health of The Deep State

and a Financial Safety Consultant
*********************************************************
"The fact is that the average man's love of liberty is nine-tenths imaginary, exactly like his love of sense, justice and truth. He is not actually happy when free; he is uncomfortable, a bit alarmed, and intolerably lonely. Liberty is not a thing for the great masses of men. It is the exclusive possession of a small and disreputable minority, like knowledge, courage and honor. It takes a special sort of man to understand and enjoy liberty — and he is usually an outlaw in democratic societies." H.L. Mencken

Posted by Onebornfree at 6:08 AM No comments: