"....As The Wall Street Journal reminds us annually, they nearly exterminated themselves in typical Yankee fashion – by wanting to boss each other around.

They had arrived in Massachusetts by accident and bad seamanship, intending to settle in the more hospitable climate of Virginia, which had been colonized more than 10 years before.

Once in Massachusetts, they proceeded to set up such a miserable community that surely most of them, had they lived, would have longed to return to England.

The Soviets could have learned from their example and spared themselves 70 years of misery. Only after the “witch-burners and infant-damners” abandoned their communal form of organization and allowed people to work for themselves did the colony have a prayer of survival.

But victors write the history books. And now, this precarious celebration by a feeble group of religious zealots has turned into the most American holiday. .....

".....As “the experts” deny this vaccine-aluminum-autism connection, I would suggest they back up their “science” by stepping forward themselves and taking ALL the vaccines on the official schedule, including boosters, in order to catch up with their shots. They should do this in the limited time recommended by public health agencies.

After all, if aluminum (and other toxic substances) in vaccines aren’t a problem, what do they have to lose?

They’re desperate to mandate the full load of vaccines for every man, woman, and child—so they should start with themselves.

Super-high levels of toxic aluminum found in brains of autistic patients: aluminum is present in many vaccines

"What if the government’s true goal is to perpetuate itself? What if the real levers of governmental power are pulled by agents and diplomats and by bureaucrats and central bankers behind the scenes? What if they stay in power no matter who is elected president or which political party controls either house of Congress?

What if the frequent public displays of adversity between the Republicans and the Democrats are just a facade and a charade? What if both major political parties agree on the transcendental issues of our day?.........":

For What Should We Be Thankful?


"When politicians and bureaucrats fail to deliver what they promise — which happens a lot — we're often told that the problem can be solved if only we get the right people to run the government instead. We're told that the old crop of government agents were trying hard enough. Or that they didn't have the right intentions. While it's true that there are plenty of incompetent and ill-intentioned people in government, we can't always blame the people involved. Often, the likelihood of failure is simply built in to the institution of government itself. In other words, politicians and bureaucrats don't succeed because they can't succeed. The very nature of government administration is weighted against success. ......": 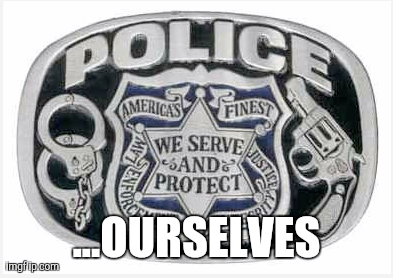 "A man’s call to 911 for help turned into a nightmare last month after police showed up and nearly killed him. On October 21, a 27-year-old maintenance worker, Christopher Penn was handcuffed, choked, tasered on his testicles, and beaten until he fell unconscious.....":

WATCH: Cops Choke Handcuffed Man as They Taser Him in the Testicles Until He Passes Out

"Lonnie Swartz, a two-year veteran agent, opened fire on Oct. 10, 2012 through an urban fence separating the U.S. from Mexico after responding to help other agents who were trying to catch marijuana smugglers. He killed 16-year-old Jose Antonio Elena Rodriguez, who prosecutors and defense attorneys agreed was throwing rocks to distract the agents. Thirteen bullets hit the boy, all but three from the back.........":

"...... Judicial review subverts the rule of law. How else but by subversion could fiat money be imposed on a country whose Constitution demands metallic money? How else could be approved the power of Congress to stop a small Ohio farmer from raising wheat for his own consumption above the quota imposed by Congress?...":

"New statistics from the National Institutes of Health show that more than 72,000 people died from drug overdoses during 2017. ....................All told, about 200 people died an opioid-related death every day in 2017. Earlier estimates also confirmed that the number of people Big Pharma killed with opioids in a single year was higher than the number of causalities the U.S. incurred during the Vietnam and Iraq wars combined.....": 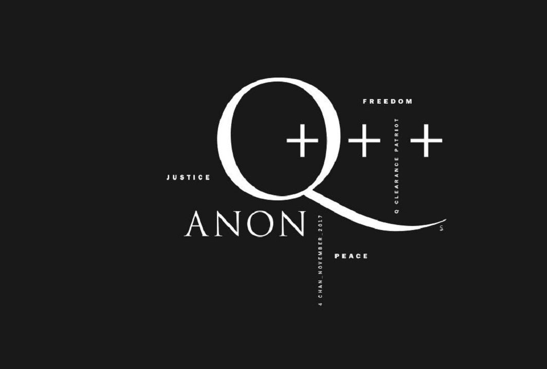 "....One of the remarkable things about the Q phenomenon is how it has reversed some of the beliefs and values that have long been held by conspiracy theorists. For example, ever since investigators during the Iran-Contra scandal found out about the REX-84 plan to suspend the Constitution and declare martial law in the event of a national emergency, people have worried that someday the government is going to round up all the patriots and stick them in a FEMA camp somewhere...............But now, with Q talking about military tribunals for the members of Cabal, many of the same people are applauding the idea of doing away with due process and Constitutional rights for those accused of a crime.................whereas JFK is supposed to have been killed by the military-industrial complex, we’re now supposed to be rooting for the military-industrial complex as the good guys, fighting against the shadowy and nefarious Cabal. The plot has shifted from Seven Days in May to G.I. Joe vs. Cobra........":

"....Republicans under Trump could have repealed Obamacare. They didn’t. And the welfare state became inexorably entrenched........Republicans are worse than useless. They are welfare statists just like Democrats. There is not a dime’s worth of difference between the two major parties......Another Republican majority has come and gone. And with nothing to show for it—except a massive welfare state, perpetual war, a federal budget over $4 trillion, and a national debt over $21.7 trillion...":

What the Republicans Could Have Done

"....The first question we must ask: How separate from the State are these social media giants in the first place?

This is the 21st century after all; a point where the United States has embraced over a century’s worth of government encroachments. Every nook and cranny of society— from the food we eat to the sporting events we watch,—has seen State interference..................So much for the “ libertarian ” argument that these companies and the platforms they run are “private,” and not connected in any way to the governmental Leviathan.............the very act of social media giants kowtowing to political demands, tell us one thing: We’re living in an extortion-based political economy. You can keep your property, provided that you cave in to our political demands. If you fail to comply, hate speech laws will be shoved down your throat........................In sum, Silicon Valley is allured by the prospect of state privilege and has worked to cultivate it like every other crony entity in the U.S......":

How Social Media Is Becoming an Arm of the State

"......Facebook and Google--by their own self-definitions, shining beacons of liberalism and goodness (we're not evil, we're fantabulous!)-- were viewed by the famously liberal Big Media as allies in the fight against Trump, illiberalism, populism, deglobalization, etc.

Now, to their horror, Big Media has discovered that not only did their Big Tech sweethearts betray their affection and trust, they're just another bunch of predatory profit-maximizing monopolies who will stab anyone and everyone in the back who gets in their way to higher profits and more power.

It would be sad if it wasn't so pathetic. Poor Big Media, so anxious to be hip and with it, so anxious to impress social media while trying to exploit its reach to prop up their own dying business model. Big Media, so easily seduced by Big Tech: we're liberal, too, and together we'll lead the world out of darkness into light, blah blah blah......":

[obf sez:  For those who still cling to the official 9/11 story and believe that it was/is impossible for their government to have planned an "inside job", the bare facts of the US government's now declassified, never implemented, 1962 Operation Northwoods scheme, complete with proposed fake plane flights, fake passengers, fake deaths/ and funerals, plus deliberate murder of US citizens, as revealed in this video, might get them to reconsider their own position vis a vis the claimed events of 9/11.]

The most dangerous assumption for the individual investor is that he/she, or an investment advisor or economist or similar, can accurately predict the economic future, and for that investor to then place their bets accordingly, with precious money, money they cannot afford to lose. Fact: Future economic events cannot be reliably and consistently predicted by anyone, by any chart, by any economist or by any "investment advisor", including your own favorite, whoever it might be, dear reader. The good news is that to safeguard your own savings against the ravages of an entirely unknowable economic future, it is not even necessary to have to be able to predict future economic events, or to have to rely on the predictions of economists, financial advisors, money managers, tea-leaf readers, or whomever. For my incredible, life-changing, FREE financial advice, please see: